Are the COVID-19 genetic vaccines really as ‘safe and effective’ as we were told?

Are the COVID-19 genetic vaccines really as ‘safe and effective’ as we were told?

‘Safe and effective’ have been the highlighted words used to describe the mRNA and adenovirus-based ‘vaccines’ against COVID-19. Most politicians and public health officials are still clinging to this as their mantra in October, 2022 to promote especially the mRNA vaccines produced mostly by Pfizer and Moderna.

Relative to effectiveness, fewer and fewer people are opting for booster shots when many of them and their friends are still testing positive for COVID-19. They are seeing the massive failure of the vaccination program to prevent or even reduce the effects of an infection and halt transmission. Hence, there is an ongoing requirement for booster after booster shot as the virus mutates, which was fully predicted by many scientists and medical doctors. As more and more people have become naturally immune due to SARS-CoV-2 infections, vaccination is less significant to our path forward. In fact, the Center for Disease Control (CDC) had to change the definition of a vaccine from ‘preventing an infection’, which traditional vaccines did, to ‘stimulating an immune response’ to accommodate the mRNA vaccines, which are no longer even expected to prevent infection or transmission.

With respect to safety, there is a high rate of adverse events with the COVID-19 vaccines, especially when benchmarked against all previous vaccines over the last 30 years, as reported in the U.S.  Vaccine Adverse Events Reporting System (VAERS), U.K. Yellow Card, and WHO VigiAccess vaccine injury reporting systems. In fact, the total number of vaccine injuries reported with over 80 other vaccines over the last 30 years is less than the reports associated with the COVID-19 vaccines in the last year and a half. This is evident in the records of vaccine-associated deaths in the VAERS ‘RedBox Report’ shown in the chart below available at

Another barometer is the V-Safe program initiated by the CDC in the U.S. This program, unlike VAERS, is totally dedicated to the COVID-19 vaccination program. Upon vaccination, people were offered the opportunity to download an app on their smart phone that would allow them to report adverse events identified in the pre-selected dropdown menus. For some reason, the CDC was very reluctant to release the data. It took the Informed Consent Action Network (ICAN) over 460 days to get the data under a Freedom of Information request and several court orders. Here is a summary of the V-Safe data as ICAN has organized it.

As you can see in the upper right, 10,108,273 people agreed to download the app and participate. Of those, about one third of them (3,353,110) reported health impacts. According to the coloured bar graph in the middle, 800,000 or 0.8 million actually required medical care! The circle graph shows that both Pfizer and Moderna’s mRNA vaccines were equally problematic.

Governments and public health authorities have been somewhat reluctant at releasing this kind of data. Sometimes, it is only being released following a court order, such as the release of the Pfizer data that was collected during the post-marketing phase of the release of their COVID-19 vaccine after its Emergency Use Authorization in the U.S. The FDA and Pfizer did not want it released until 2075, but the court ruled that it had to be started to be released by November of 2021.

Essentially, we have now come to the tipping point of recognizing the benefit of the shot vs the risk of the shot. Denmark, for example, has halted vaccinations for people under the age of 50 years who are not particularly vulnerable and banned them under the age of 18 years except for a very limited number based on an individual assessment by a doctor. Here is the link to their webpage for their explanations as of October, 2022.

Recently, the state of Florida has released data from their study that showed an 84% increase in myocarditis in young males. The results have been significant enough to have the state recommend against COVID-19 vaccinations for males between the ages of 18 to 39. How many of our law enforcement officers, firemen, armed forces, paramedics, elite athletes and health professionals fall into this age group? The state cannot ban a vaccine since that is a federal responsibility (like Denmark), but it can recommend against it. It is the same in Canada with regard to federal and provincial jurisdictions. As yet, no province has chosen to speak out against the federal narrative and mandates, although Alberta may be coming closer. Here is the link to Florida’s site.

There have been many claims from politicians and media promoting COVID-19 vaccines as ‘safe and effective’ without providing any backup. One would expect a higher standard from those in public health, drug authorization and medicine. With this information, you will have to be our own judge as to how you will proceed. 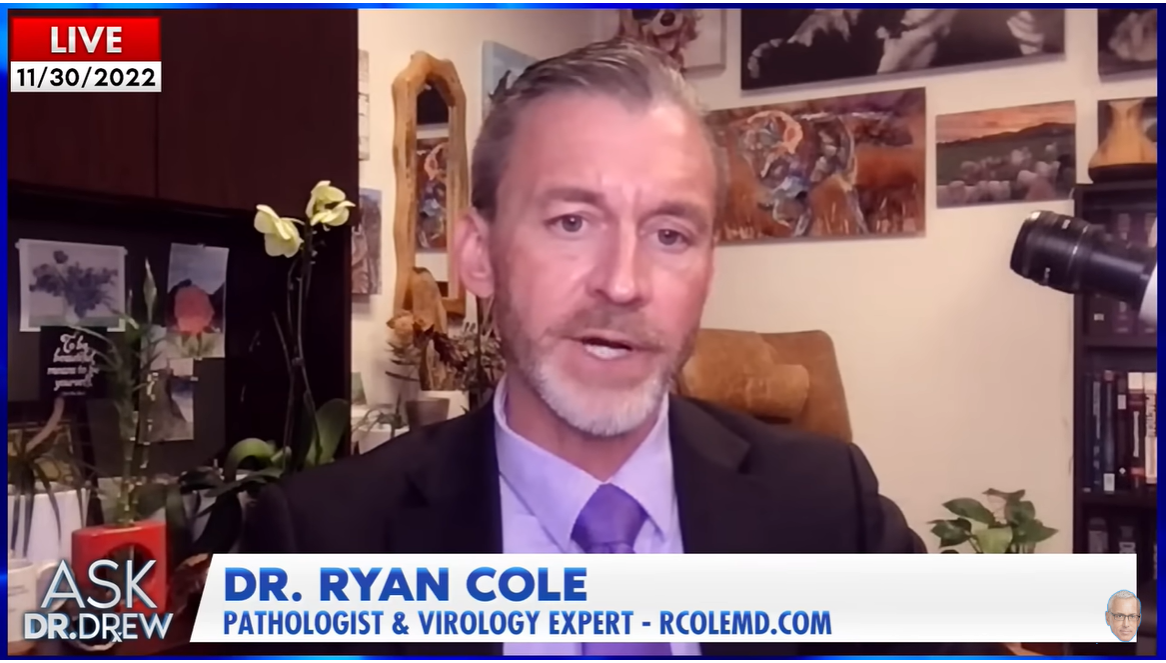 Dr. Ryan Cole is a pathologist and virology expert from the United States. In this interview he covers a variety of topics concerning the COVID-19 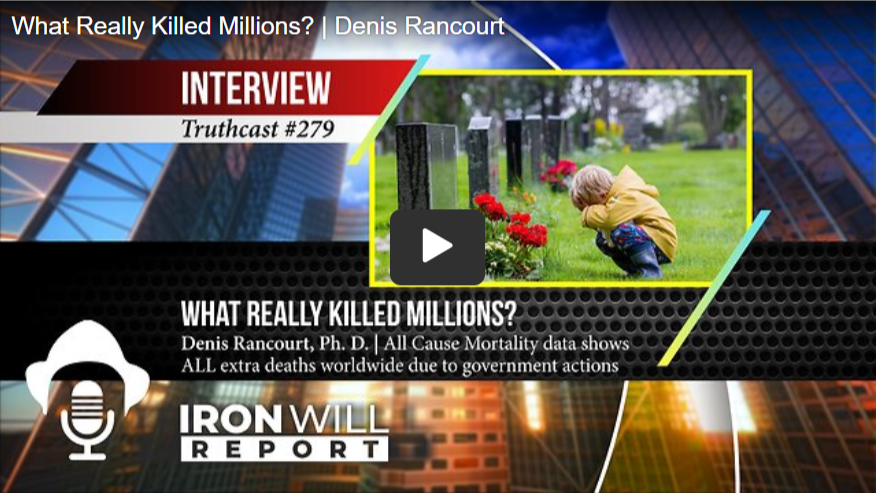 Dr. Denis Rancourt is an expert data analyst and holds a doctorate in physics. In this interview, he provides a detailed explanation of the signals 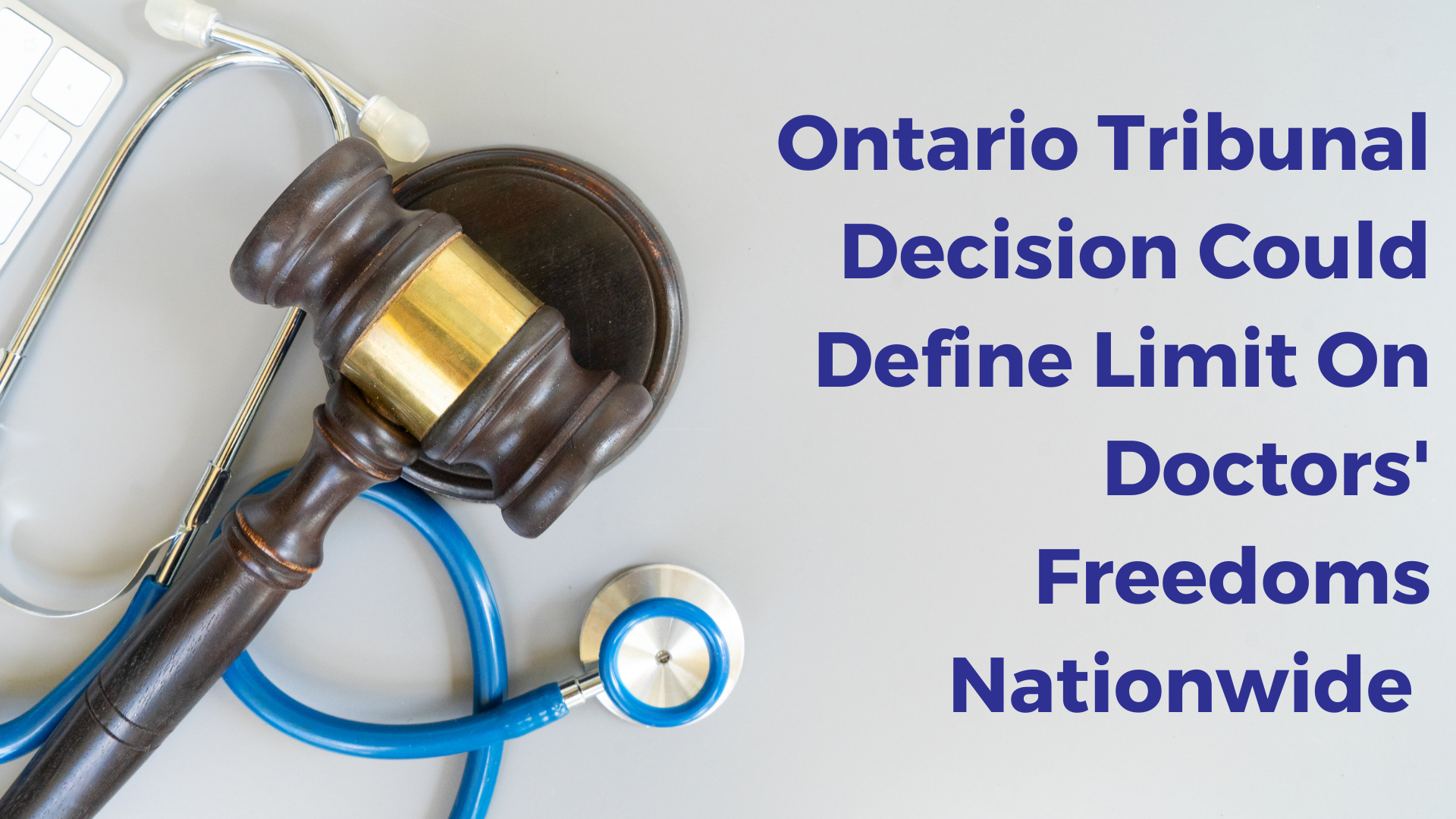 Hundreds of Canadian health care providers are facing investigations by their provincial regulatory colleges for allegedly not following public health recommendations regarding COVID-19. The College